The Seven Springs Wine Festival showcases wineries from all over Pennsylvania August 28 through August 30, 2020. 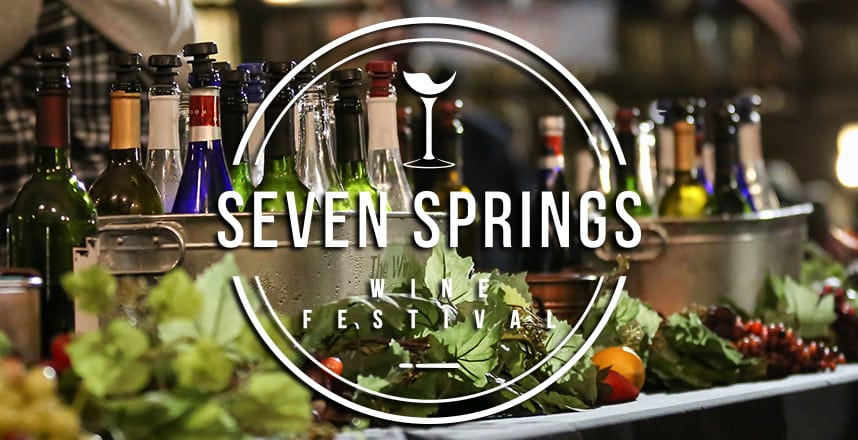 The Seven Springs annual wine Festival offers a tantalizing experience for anyone who loves wine. The festival features complimentary wine sampling from 30 wineries, daily seminars, a variety of crafts, and musical entertainment.

SAVE with the Friday & Saturday Two Day Wine Festival Ticket

Learn about various wines, how to pair them with food, and different cooking techniques using wine. Attendance to seminars is limited to ensure a quality guest experience. Tickets to seminars are available at the the Timberstone Room one-hour before each seminar. Valid seminar tickets must be presented for entry to a seminar. Please be on time. Late entry will not be granted to any seminar.

Seminar topics for the 2020 Wine Festival will be announced soon!

Chris Higbee has a passion for country music. He is a complete musical artist skilled in fiddle playing, singing, song writing, and playing various other instruments. Chris' passion is deeply felt by anyone listening to his work or partaking in a live performance. Chris' performance energy is so infectious it has been known to convert the most stubborn non-country music fan into HigBillies, the self-named fan base of Chris Higbee. His performances always draw a large and committed crowd.

Since 2005, this five piece cover act from Pittsburgh, PA has been blowing the roof off nightclubs from College Park, MD to Chicago, IL. With a diverse song list featuring some of the most popular rock, pop and hip-hop party tunes ever recorded, Radio Tokyo's hard hitting, high energy stage show garners the highest of accolades again and again. For these five seasoned performers, playing music and entertaining crowds are what it's all about. From freaking to moshing, to head banging to skanking, and even the occasional line dance, these guys know how to mix it up and throw a party.

No Bad JuJu is a dynamic eight-piece ensemble, combining a diverse blend of classic R&B, Soul, Rock, Pop and Top 40 music to forge their signature style.

The band is a hand picked ensemble of the area’s top talent, the bands’ collective experience ranges from The Rock N Roll Hall of Fame to Broadway, with most members having recorded and/or performed with top name national and international acts. No Bad JuJu has established itself as one of the regions hottest and most popular acts with performances at numerous high profile festivals and concert venues as both a headliner and opener for several national acts.

If you are an artist, maker or business representative who would like to participate as a vendor in our events, please click on the button below to indicate your interest. If your request meets our specific event requirements, we will follow up by sending you the appropriate information and registration forms. Please note that wineries must apply through the Pennsylvania Wine Association.